Labour’s shadow health secretary Wes Streeting has pressed his counterpart Sajid Javid over his former non-domiciled status in the Commons.

Mr Streeting asked Mr Javid: “Why does the health secretary think he has any licence to lecture the British people on their moral duty to pay taxes when he spent so many years avoiding his own?”

The health secretary replied: “The honourable gentleman – he could have asked me a question on anything to do with health and care, anything he wanted, but instead he chooses to talk about my personal affairs before public life.

“That was his choice. He could’ve asked me about the COVID backlogs that he pretends that he cares so much about. He could have perhaps given me suggestions.”

The health secretary previously told The Sunday Times he had held non-domiciled status for six years between 2000 and 2006, which would mean not having to pay UK taxes on his overseas earnings.

He said he was entitled to this because his father was born in Pakistan and said he gave up that status in 2009, before he was elected to parliament.

But tax experts say there are “question marks” around the validity of Mr Javid’s claim to “non-dom” status as this is only one of several tests an individual needs to pass to claim the tax benefit.

People with non-dom status are those who live in the UK and are tax residents here but have their permanent home outside the country.

Usually their domicile will be the country their father considered their permanent home when they were born, and to which they intend to eventually return.

They must demonstrate to HM Revenue and Customs (HMRC) that their domicile is in another country.

Please use Chrome browser for a more accessible video player 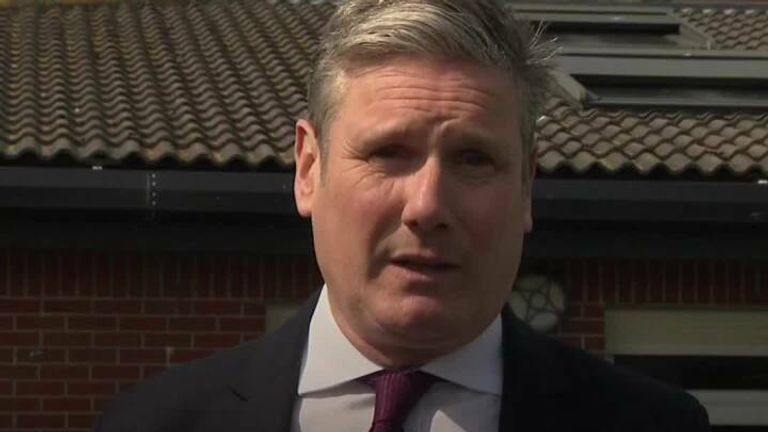 Tax experts said that for Mr Javid’s claim be valid his father would have had to have been domiciled in Pakistan at the time the health secretary was born.

Ray McCann, a tax consultant and former HMRC inspector, told Sky News it was typically only those who are very wealthy who become aware that they can claim non-dom status to save on tax.

He said he would have been “astonished” if Mr Javid’s father had claimed it given how much has been said about his modest background.

In 2006, Mr Javid moved to Singapore and was therefore no longer a tax resident, which changed when he returned in 2009.

Mr Javid said he “proactively chose” to give up his non-dom status.

Nimesh Shah, chief executive at Blick Rothenberg, an accountancy firm, pointed out that in 2009 the government introduced a fee of £30,000 for those claiming non-dom tax status, which had previously been free.

“It seems overly coincidental that he decided to declare himself as now UK domiciled in the same year, or around the same time that the government introduced this flat charge,” he said.

Mr Javid declined to comment and told MPs it is a “personal affairs” matter.

Last month, Chancellor Rishi Sunak faced calls to “come clean” on his family’s financial affairs after it emerged his wife benefitted from a tax-saving scheme.

Akshata Murty has non-dom status, meaning she does not have to pay UK tax on income earned abroad from shares in an Indian software giant founded by her billionaire father.

If she lived in the UK for 15 years she would automatically lose her status under the rules, but it is unclear when it came into effect.

Mrs Murty’s spokewoman said she has paid all her taxes due in the UK.

Mrs Murty is an Indian citizen and is believed to want to return one day.

Mr Sunak said he made the Cabinet Office aware of his wife’s tax status as part of his declaration of interests when he first became a government minister in 2018.